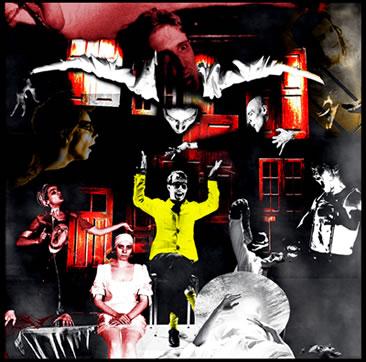 Visões Úteis is an artistic project based in Porto, where it was founded in 1994. Theater was the root of a constant and intense activity that quickly expanded to other areas of the performing arts, such as Performance in Landscape and Performance in Community. Artistic creation is the core of an activity that spans various fields such as programming, national and international touring, publishing, the development of audiences and territories, editing, research and team training. Here, the meanings and limits of aesthetics and ethics, art and politics, are debated and negotiated every day, which explains the transformations that the project constantly goes through, and which are explained in detail below.

The foundation was the responsibility of a group of people who, years before, had crossed paths at the University of Coimbra and in particular in a university theater group: CITAC – Academy of Coimbra's Theater Initiation Circle.

This informal matrix gave rise, in Visões Úteis, to a first cycle of work, between 1994 and 1999, aimed at absorbing the most diverse influences, in which the focus on guest directors is central (Paulo Lisboa, Paulo Castro, Carlos Curto, João Paulo Seara Cardoso, António Feio, Diogo Dória and José Wallenstein; to which were added the first experiences of staging by Nuno Cardoso, one of the founders) bringing to the scene a wide range of authors such as Genet, José Gomes Ferreira, Dostoievski, Ionesco, Beckett, Boris Vian, Dacia Mairani, Gregory Motton, Martin McDonagh, Kafka, or Al Berto, and collaborating with the main programmers of the time such as Culturgest, Centro Cultural de Belém and Teatro Nacional de São João.

Between 1999 and 2008, we can trace a second work cycle, guided by the need for research and laboratory. Works directed by the artistic responsibles of the company predominated, and dramaturgical creation gained special importance. In this period, the approach to authors such as Kafka, Tonino Guerra, Tchekov, Pirandello, Gregory Motton, Bohumil Hrabal, Ibsen, Juan José Millàs, Gemma Rodriguez, as well as the regular edition of the produced texts, stands out. But it is important to highlight, above all, the growing importance of completely original shows and a scene writing methodology that has been consolidated throughout the first decade of the 21st century.

Since Visões Úteis' foundation, the activity has unfolded into several projects, parallel to the creation and itinerancy of theater shows, which have always translated the desire to confront other artistic areas – through the organization of creators' meetings and the production of exhibitions and concerts – and with audiences far from artistic production – presentation of shows in prisons, in small towns in the interior and in different urban spaces, working with children and young people from underprivileged areas and with schoolchildren. This diversification also included the rapid framing of new digital processes of creation, organization and dissemination of content, the beginning of creation in transdisciplinary areas and the progressive desire for internationalization.

In 2001, Visões Úteis received the Gold Medal of Cultural Merit of the City of Porto, in recognition of its artistic action with diverse audiences; e in the same year, the company visited the European Parliament, where they presented, at the invitation of the Culture Committee, a communication on their journey, in conjunction with their views on ​​culture and access to culture in Europe.

However, from 2001, the artistic project was progressively extended to works on the urban landscape that were experiencing a progressive internationalization, namely through partnerships with prestigious institutions in Spain, France and Italy. And, throughout the decade, works on the urban landscape also began to open the way for creative processes in the scope of Performance in Community, and always accompanied by a growing recognition from critics, audiences and institutions such as the National Theater São João or the National Theater Dona Maria II.

As of 2009, and with the change of premises to the Fábrica Social, the permanent team has grown to allow for an increasingly structured and dynamic daily work. This situation presented itself as an invitation to new forms of organization of creative processes (in a multiplication of opportunities for all involved creators), to an increased production capacity and a permanent involvement with the community.

Visões Úteis already assumed itself as an artistic project markedly by an authorial voice, which produced itself, a multidisciplinary project, with a shared direction and based on collaborative work methodologies that call for a special participation of the entire artistic team, embodying paradigms of the performing arts, in Europe and the United States of America, and to which, in Portugal, the connotation with the “Scene writing” and the designation of “Visões Úteis collective” was usually associated.

Thus, throughout the second decade of the 21st century, and always at Fábrica Social (the highest point in the city of Porto), the aesthetic project continued to grow in harmony with a strong ethical motivation – we could even say politics – in a constant reflection on the contemporary sense of making art and theatre, which daily marked work options and heightened awareness of social and political responsibility towards the surrounding communities. This awareness required the permanent presence of an Educational Service, a space where the working methods of the performing arts were converted into tools for reflection and autonomy for the population in general, and in particular for all those who lived in the peripheries, regardless of geography , gender, generation, culture or ethnicity.

The core of Visões Úteis continued to be artistic creation, but its activity increasingly spread to other domains such as programming, national and international touring, publishing, public development, research and team training.

In 2020, Visões Úteis moves its facilities to the parish of Campanhã, thus giving a deeper conviction to the work lines projected for the following decade, in which keeping (still and always) artistic creation as the core of the project, it assumes with equal conviction the growth of its activity to other domains, in particular programming, as a partner of the Porto City Council, for the Campanhã pole of the Expanding Culture Program.

The Artistic Direction is by Ana Vitorino, Carlos Costa and João Martins who, through their rich and transversal paths of training and experience, guarantee the multidisciplinarity and transversality of an artistic project that, by the end of 2020, created and produced, in Portugal, Spain, France and Italy, 44 theater performances, 9 works in the field of Performance in Landscape, two Community Performances, 5 festivals/creators meetings.

Visões Úteis is a structure financed by the Directorate-General for the Arts, of the Ministry of Culture of the Government of Portugal